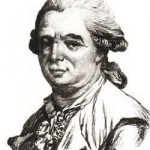 Distillations April Fools’-themed show looks at medical trickery through the ages. First, a segment on 18th-century doctor Franz Mesmer and the earliest documented evidence of the placebo effect in action. (Origin of the term “to mesmerize!”) Then, a feature from super creative audio/video producer Josh Kurz on the modern placebo, and how the pesky human brain both helps and hinders modern medical trials.