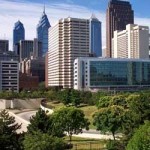 This is the first of a new four-part series called Our Chemical Landscape, in honor of the International Year of Chemistry. Each episode will look at how science has shaped one of these four areas: the city, the suburb, the farm, and the wild.

We begin with the city, looking specifically at how energy impacts the city’s past, present, and future. First, an historical essay on the transition from gas lighting to modern electricity. Plus a feature story from Kimberley Haas about Philadelphia’s plan to become the greenest city in the country.

Special thanks to Catherine Girardeau who finished production on this one. 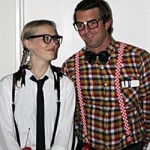 The Distillations crew is a decidedly geeky bunch. We revel in it, and with this episode, we hope you will too.

Next time you’re channel surfing, take a look at the scientists depicted on screen. Far from the bumbling poindexters of yore, many of these characters are more like rock stars—solving crimes, saving the world. It makes you wonder: is it becoming chic to be a geek? In today’s episode we seek an answer to this question. First, producer Esther D’Amico investigates how shows like The Big Bang Bang Theory might influence a new generation of scientists. Next, CHF president Tom Tritton looks at some troubling statistics about the state of science education in the U.S. and shares the ways we might improve our standing.

PS: I love my Distillations co-workers for writing “bumbling poindexters of yore”. That is some genius phrasing. 🙂 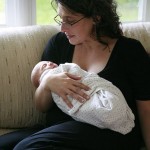 Introducing my most recent work – Nikolai Lobel Woulfin, born on Mother’s Day. He joins my three-year-old son Ezekiel as the focus of my other full-time job. My friend and colleague Catherine Girardeau of Earprint Productions will be filling in for me at Distillations while I’m on leave this summer, though I’ll continue posting the shows here. I have some interesting new projects brewing for the fall, and I’m looking forward to getting back into the swing of things once I start getting more regular sleep. 🙂

I started writing this post on May 5. Our little Nikolai was born on May 8. Now it’s July 12. We’ve been busy. I hate for this post to disappear into the ether, so I’ll post it over two months after the fact, with an update to follow.

It’s been close to a year since my last post, and if you’re familiar with this blog, you can imagine that means life with Ezekiel has been relatively smooth. That’s not to say it’s been easy, but as this blog tends to serve as my space for desperate ranting, there hasn’t been much need as of late. Until now.

First – a quick summary of the past year.

In September, Z started pre-school at a sweet little Montessori in Tivoli. The first month was rough (as all transitions with Z are) but now, for the most part, he loves the three mornings a week he spends there. And I love the break (though I wish it were a bit longer). After school, Z and I run errands, or play with friends, or go to the park, or hang out at home. (It was a LOOOOONG, cold winter indoors.) Z would then sometimes eat lunch (sometimes not) and for the most part, take a nap in the afternoon for a couple hours. Dave would get home and play with him some more, then dinner, and a fairly reliable bedtime routine and sleep. Wednesdays and Thursdays Z’s Omi would come hang out with him so I could have some uninterrupted work time and Dave and I could get a night out. Bliss!!

I can’t put my finger on when exactly things started to change. In August 2010, I found out I was pregnant with Z’s baby brother or sister, due in 12 days. In December(ish) we started talking to Z about having a baby brother or sister and we’ve been ramping that up steadily ever since – giving him *plenty* of time to get used to the idea. In February, we got him a big boy bed. Perhaps this is where we went wrong. We *tried* to do this in a way that would be least upsetting to him: started talking about it WAY in advance, had him come to the store and choose the mattress, got him super cool shark sheets, and hid the bed in the guest room until HE was ready to make the switch. When we finally set it up, he seemed pretty excited about it, and aside from a 1-2 week glitch in his nap schedule, all seemed to go well. We’ve gradually made other changes – moving the guest room (Omi’s room) downstairs to make room for baby #2, getting Z out of his high chair and into a booster seat, swapping his dresser/changing table for a new one and moving his old one into the baby’s room. We’ve made a VERY concerted effort to disrupt his life as little as possible, and I *thought* we were doing a pretty good job of it.

Then about a month ago, my Omi fell and was hurt badly. My mom spent the next month taking care of her. (I always appreciate everything she does for us, but it takes a month without her to realize exactly how much she does for us. Isn’t that always the way?) We got some childcare help from Dave’s parents and our dear neighbors, but mostly it was just me and Z. Sometime in there, Z started refusing to nap. Then last Sunday (the last day of Dave’s spring break) Z started waking up in the middle of the night.

I think pretty much everyone has seen this already, but I want to make sure it’s preserved here. Hilarious.