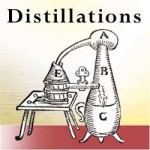 One more best of show while the team rests up and works on new content for the fall. From the placebo show, Michal Meyer reveals the dubious science behind the idea of mesmerism. Next, Bob Kenworthy and Gigi Naglak show how climate change is impacting two countries in extreme ways. And reporter Esther D’Amico examines how shows like The Big Bang Theory are convincing teenagers that being a geek isn’t so bad.