At Distillations, we love science writer Sam Kean. He was on our show in 2010 to talk about his book The Disappearing Spoon: And Other True Tales of Madness, Love, and the History of the World from the Periodic Table of the Elements. And we invited him back to talk about his new book: The Violinist’s Thumb: And Other Lost Tales of Love, War, and Genius, as Written by Our Genetic Code. This time he reveals the quirky—and sometimes crazy—history of human understanding of our DNA.

Stories from the Field – Lesley Yellowlees 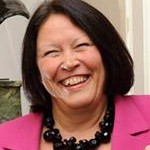 I interviewed Lesley Yellowlees at the 244th annual meeting of the ACS for Stories from the Field, a project of the Chemical Heritage Foundation. Ms. Yellowlees is Head of the College of Science & Engineering at The University of Edinburgh and the first woman president of the Royal Society of Chemistry in the United Kingdom.

Stories from the Field – Melanie Szulczewski 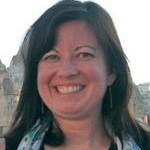 In this installment of Stories from the Field we hear from Melanie Szulczewski, an assistant professor of environmental science at the University of Mary Washington in Fredericksburg, Virginia.

On October 22, I was part of the The CUNY Graduate School of Journalism’s “Pimp your Podcast” Panel with Amanda Aronczyk (moderator), Jim Colgan of Soundcloud, Adam Davidson of Planet Money, and Ashley Milne-Tyte, producer of the amazing podcast The Broad Experience. We talked about the differences between online audio and broadcast radio and how to sell a podcast idea to a funder or news organization, among other things.

‘Pimp Your Podcast’ Panel – October 22, 2012 from CUNY Grad School of Journalism on Vimeo.

In this episode of Distillations, a conversation with two experts on alchemy: CHF’s rare book curator James Voelkel, who created CHF’s new exhibit The Alchemical Quest, and his colleague and old friend Lawrence Principe, author of The Secrets of Alchemy. Principe recreates alchemical experiments to see what the alchemists saw – so cool!

Stories from the Field – Carmen Drahl 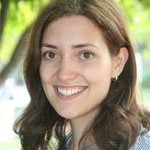 I interviewed Carmen Drahl at the 244th annual meeting of the ACS for the Stories from the Field series, a collection of stories from women working in chemistry and related sciences. Carmen is Senior Editor of Chemical and Engineering News.

Stories from the Field – June Wispelwey 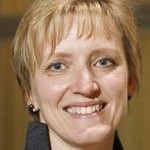 In this second installment of Stories from the Field, we hear from June Wispelwey, Executive Director of the American Institute of Chemical Engineers (AIChE).

In this episode of Distillations we look at the history of smog. Today, of course, we recognize smog as the thick, toxic air pollution that often chokes the skies in places like Los Angeles and Beijing. So it’s hard to believe that smog was once looked at as a sign of progress—visual proof that the gears of industry were churning for a more prosperous future. First, we learn about a painting in CHF’s museum (shown here) commissioned to show the beauty of industrial smokestacks. Then Daniel Tkacik and Ellis Robinson travel to Donora, Pennsylvania, where, in 1948, a deadly smog descended for four days. The aftermath of that event helped kickstart the environmental regulations that ultimately lead to the Clean Air Act.

Arthur Henry Knighton’s Caustic Pot House Stacks, “A” Power Stack, “A” Pump Station, and “A” Evaporator Building. Image courtesy of the Herbert H. and Grace A. Dow Foundation. On view in CHF’s museum. 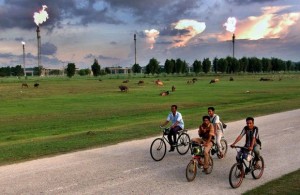 I spent a good chunk of this summer and fall editing the radio portion of a multimedia project with my old boss from Terrain Magazine and a kickass young reporter Emily Johnson. This was for Project Word, a non-for-profit that helps give voice to underrepresented journalists and stories.

It’s the story of oil giant ExxonMobil and the atrocities they committed in Aceh, Indonesia, all wrapped up in many years of civil unrest and a highly complicated Supreme Court case. It’s one of the most challenging pieces I’ve worked on. 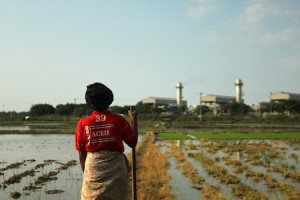 Stories from the Field – Madeleine Jacobs

Stories from the Field is a new series I’m producing for the Chemical Heritage Foundation.

Each week we present stories from women working in chemistry and related sciences – stories about their successes, challenges, and the people and events that have helped shape their careers, and their lives.

The first story is from Madeleine Jacobs, Executive Director and CEO of the American Chemical Society. I recorded many of the interviews for this series at the 244th meeting of the ACS.