I recently spoke with WAMC’s Susan Barnett for her show 51% – The Women’s Perspective. She asked me about freelancing and gave a nice shout out to my site Freelance Cafe. It was fun to be on the other side of the mic for a change!

Here’s a blurb about the show:

In America, women make up more than half the population. Worldwide, women are expected to outnumber men within the next fifty years. And every issue we face is one that affects us all.

Whether it’s the environment, health, our children, politics or the arts, there’s a women’s perspective, and 51% is a show dedicated to that viewpoint.

Host Susan Barnett talks to experts in their field for a wide-ranging, entertaining discussion of issues that not only fall into the traditional ‘women’s issues’ category, but topics that concern us all as human beings and citizens of the global community.

Tune to 51% weekly throughout the U. S. on public and community radio stations, some ABC Radio Network stations, Armed Forces Radio stations around the world and on the Internet.

Distillations #161 – A Day in the Life: Morning

This is first installment of Distillations‘ new three-part series A Day in the Life: Morning, Noon, and Night. At the top of each show, biochemist Joe Rucker breaks down the chemistry of some of the products we use every day. In the Morning show, Joe explains sodium lauryl sulfate – a chemical that shows up in tons of bathroom products. Then, I make a rare appearance as a  Distillations reporter with a story about fluoride and the debate that’s been surrounding it for more than 60 years. 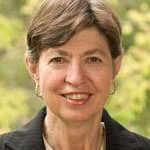 I recently interviewed Marye Anne Fox for Stories from the Field, a project of the Chemical Heritage Foundation. Ms. Fox was the first female chief executive of North Carolina State University in Raleigh, North Carolina and was the seventh chancellor of the University of California, San Diego. In 2010, she received the National Medal of Science from President Obama.

Stories from the Field – Juana Acrivos 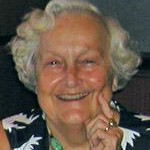 I interviewed Juana Acrivos for Stories from the Field – a collection of stories from women working in chemistry and related science about their successes, their challenges, and the people and events that have influenced their careers and their lives. Ms. Acrivos is Professor Emeritus of Chemistry at San Jose State University. She earned her D.Sc. in chemistry from Universidad de la Habana, Cuba in 1956 and continues to conduct research at Stanford Synchrotron, taking special interest in superconductors and energy-saving layer materials.

For this episode of Distillations we dive into CHF’s vast oral history archive. Producer Amy Kraft digs through hours of interviews with Dupont’s Roy Plunkett and Malcolm Renfrew to bring us the history of  Teflon, the now ubiquitous super material. Then, an interview with the always charming Bob Kenworthy, who met Plunkett, and later worked as a marketer of Teflon. But it’s not all sunshine and roses – Bob is very familiar with the dangers of Teflon and elucidates here.

Stories from the Field – Carolyn Ribes

In this installment of Stories from the Field we hear from Carolyn Ribes, a business analytical leader for the Dow Chemical Company.

Through a serendipitous series of events, I’ve had the opportunity to produce the Wesleyan Storytelling Project – a pilot podcast that gives Wes alums a chance to share their most memorable college experiences and how those experiences have shaped their lives. This first story is from Bill Wasch, class of 1952.

I interviewed Cheryl Baldwin Frech for Stories from the Field – a series that “preserves and celebrates the contributions of women working in chemistry and related sciences.” Ms. Frech is a professor of chemistry at the University of Central Oklahoma.