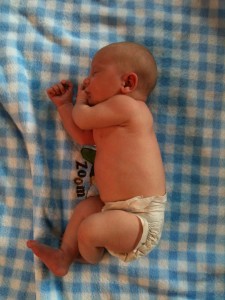 It’s springtime and Distillations has babies on the brain. But we’re not oohing and aahing over these babes – we’re onto the games of the little parasites. First, Sabiha Khan shares the history of the breast vs. bottle debate. Did you know that the guy who first came up with infant formula is the same guy who “invented” marmite?! (More on that in our next show.) Then Audrey Quinn explains the many pregnancy hormones that can wreak havoc on a mother’s body, and the one that makes it all worthwhile.

Image of my little parasite at one month. He makes a quick cameo in the show 🙂

Published in Distillations and Science