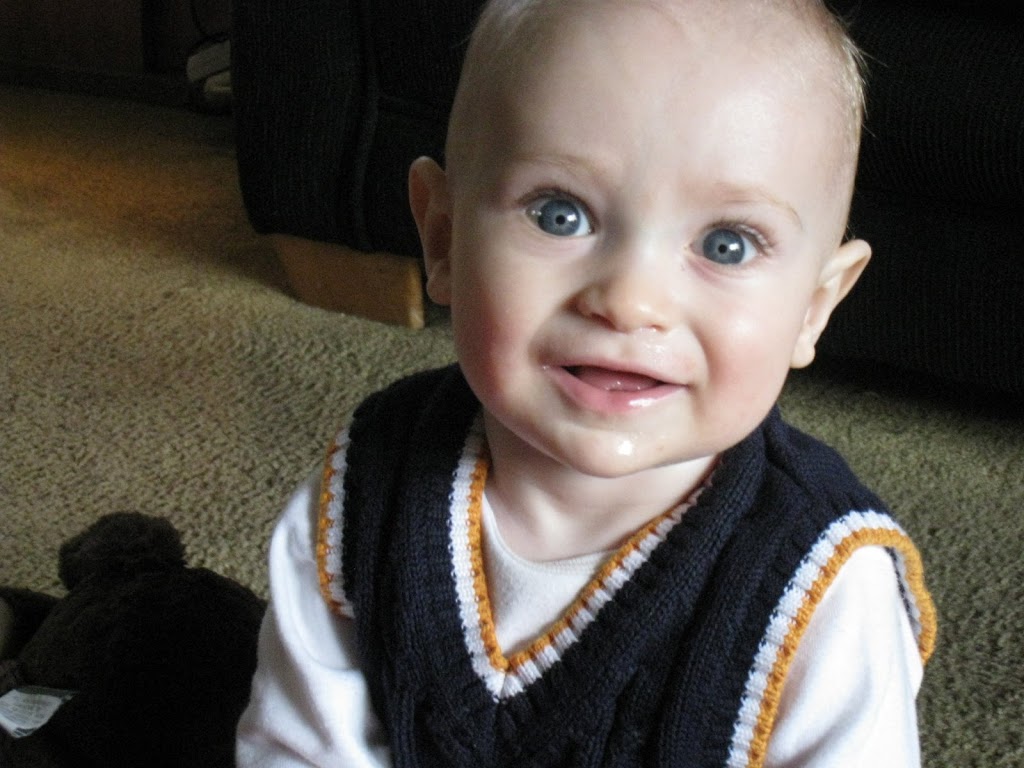 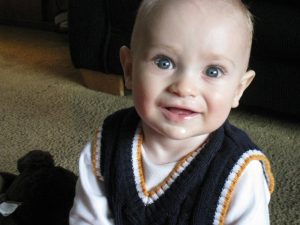 I finally know what Dave’s mom is talking about when she says it was impossible to take baby Dave to the supermarket. Z started waving last week, an adorable opening and closing of his little hand that just kills me (and everyone else). Combine that with his ridiculous one-toothed grin, his giant blue eyes, and his incessant babbling and we can’t go anywhere without people stopping to coo and fuss. All this is tempered by the occasional head-turning, nerve-rattling shriek that makes me want to hide. But on the whole, Z is just off the charts with charm and adorableness.

The waving is just one of the many big changes we’ve seen over the past few weeks. Z is finally rolling – something most babies do around 4 months. He’ll actually choose to roll onto his belly to check out a particular toy, and he’s even napped belly down a handful of times. He’s still made no move toward crawling, but he will lurch forward onto his belly from a sitting position in order to reach something and occasionally do that swimming thing where he flails his arms and legs but doesn’t actually go anywhere.

His absolute favorite thing to do now, though, is to pull himself up on our fingers and “walk” around. Oddly enough, he won’t pull himself up on anything else – even though we encourage it. I think he likes the little extra pull we can’t help but give him. But once he’s up, he walks, jumps, bounces, kicks, and generally acts like a maniac all over the house. I’m not sure how this crazy legs maneuvering will translate into actual walking, but it’s pretty cute. 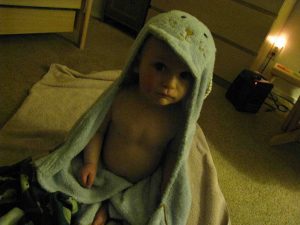 I learned something new about parenting this week. If you think your kid is teething, but you’re really not sure, HE IS NOT TEETHING. For months now, Z has gone through bouts of excessive drooling, chewing on everything, sticking his fingers all over his mouth, and of course his standard fussiness. And all along we figured he was teething and would check his mouth each morning for a shiny new tooth.

About a week ago, it finally happened! Without much fanfare, a tiny little white spot showed up on the bottom left side. And now the fun begins. First, he stopped eating solids. He screams every time we put him in the high chair, clamps his mouth shut, and pushes the spoon away – splattering food everywhere. Tonight, Dave was finally able to get him to eat a jar of baby food, picnic-style in the living room. But other than that, he hasn’t eaten anything other than a few pieces of frozen banana and a handful of cheerios dipped in water.

Thankfully, he’s still nursing, but it’s like he’s completely regressed to 6 months when we were first trying to get him to eat. On top of that, he’s had all the other fun teething symptoms: fever, diarrhea, diaper rash, and of course, extreme fussiness. These teething issues didn’t last more than a week, though. His gums are so red and swollen and he has a red rash all over his face. (I think his saliva is so toxic that when he puts his fingers in his mouth and then touches his face, his poor, sensitive skin completely breaks out.)

I had a dream a few weeks ago that Zeke got all his teeth at once, and it seems that’s not so far off from what’s actually happening. We can see at least three places where teeth are trying to break through, poor guy. We’re doing our best to keep him comfortable – dosing him with tylenol and teething tablets, giving him cold water and frozen toys to suck on, and letting him nurse whenever he wants. But I will be very glad when this stage is over.

On a positive note, it’s fun to watch him explore this new strange thing in his mouth. He likes to clink his tooth on cups and toys, and he keeps sticking his tounge out, presumably feeling how it rubs against the bumps on his gums. Too cute. 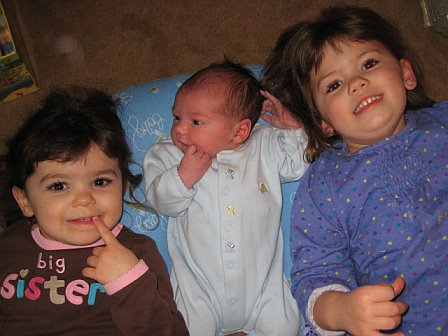 All of my dear college friends have girls so far, and with two more babies due last month, I was sure at least ONE of them would be a boy. But NO! Two more girls! 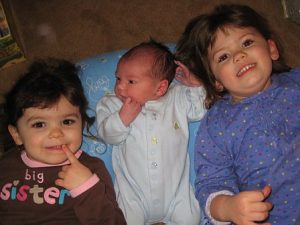 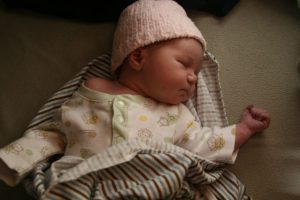 These lovely ladies join Daliah, Sofia, and Lily Ruth. I guess this means I’ll have to keep waiting for another boy in the group to help support my (very weak) argument that boy babies are more difficult than girl babies. (All the babes present their own challenges of course, but Z still seems to win the prize. Lucky me.) I can only imagine that Zekey is going to be one popular guy (after a few years of it not mattering at all followed by a few years of complete awkwardness).