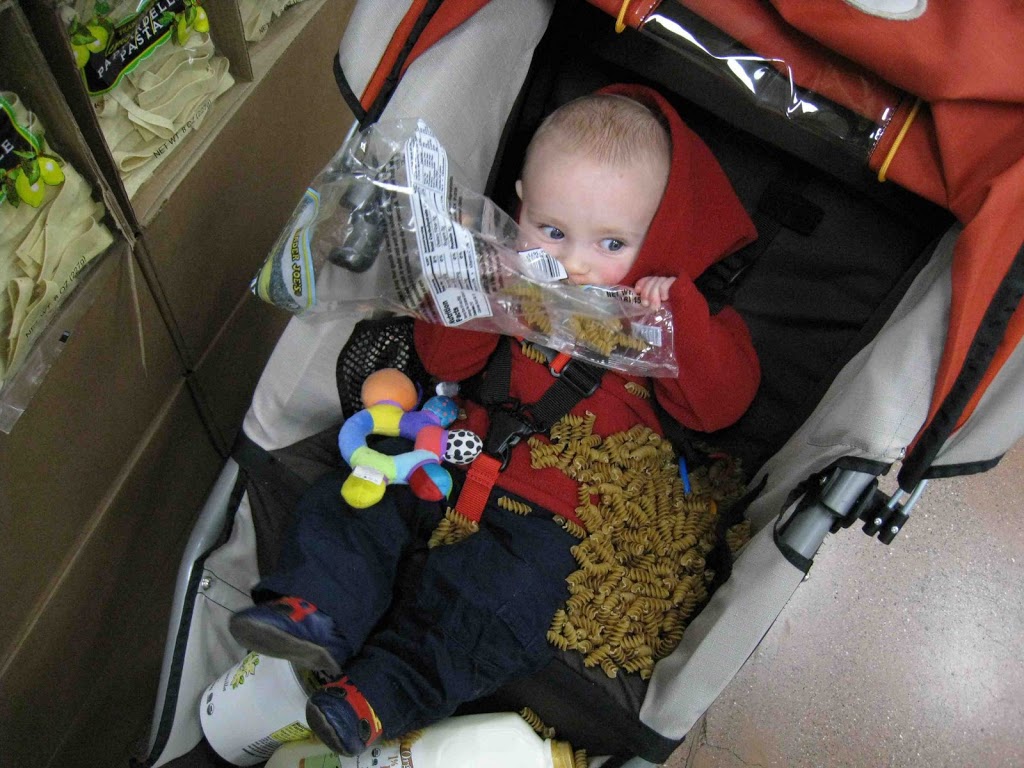 I went to Trader Joe’s without Z this afternoon. It felt strange. Strangely relaxing first of all, especially since I normally hate grocery shopping. But I got myself a chai latte, got a cart even though I probably could have fit everything in a basket, and took my time strolling down each aisle, no list, no hurry, no little hands grabbing for everything on the shelves, and no one paying me any mind. I felt invisible – like without Zeke I’m not really there.

There was a woman in line in front of me who had an adorable little dog in her cart. And she was talking to everyone, smiling and answering questions and petting his little head. And I suddenly wanted to shout to everyone that I have a little boy who is unbelievably cute and if he were with me he would be smiling and waving at you all right now! But instead I just blended in with all the pet-less, baby-less people in line and quietly paid for my groceries (no balloon for me) and walked out. And it struck me that in less than a year I’ve gone from being Mia, to being Zeke’s mom, even when he’s not with me.

PS: This is what happens when we’re careless with the boy at Trader Joe’s. 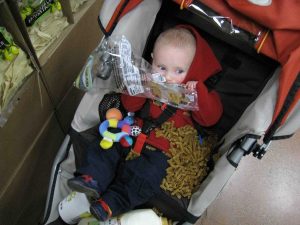 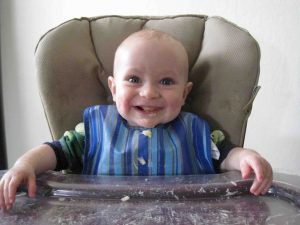 Z finally, FINALLY is getting a second tooth – the upper level partner of his first one. This looks a little strange since most babies get two on the bottom, then two on the top, not one on top of the other, but we know our boy is special in many ways. In any case, this new tooth allows him to really bite things, and today we heard his first crunch – on a Cheerio, of course. I never knew a crunch could be so cute. It’s funny, too, because Z knows something is different in his mouth. Before he would just pop the whole Cheerio and suck on until it melted. Now he’s holding it between his two teeth and biting off tiny little pieces. Very hamster-like.

I’ll just add that I really wish we could get him to eat something else as consistently as he eats Cheerios. The problem is something we call the grab and squish. Basically, anything else we’ve tried to give him that he’s capable of picking up with his hands but soft enough that he can chew without choking gets completely pulverized the minute he gets it in his little mitts. And it’s not like he squishes it and then puts it in his mouth. Maybe we should call it the grab, squish and toss across the room (or into mama’s face, or at the wall, or in his hair, eyes, ears, etc..) Or, he’ll grab, squish, and smear it all over his high chair tray so the only way he could actually eat it is if he would lick the tray. (He does try to eat the tray occasionally, but not in the places he’s smeared food. He seems to like the taste of pure plastic.)

Oh yeah, and he’s also discovered that if you put food in your mouth, put your lips together and blow, you get a really strong reaction from your parents. Oh dear.