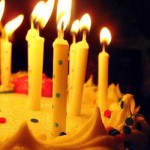 Wow! 100 episodes! We mark this milestone by revisiting some of the stories we’ve covered over the past 3+ years. Devin Browne gives us an update on the electric and battery-powered cars she reported on from GM’s Battery Lab back in October 2008. Catherine Girardeau talks about the hair mats that were used to help clean up the oil spill in the San Francisco bay back in December 2007, and what kind of technology is being used to clean up the Gulf Coast And Jody Roberts updates his 2009 environmental wish list with a new list for 2010.